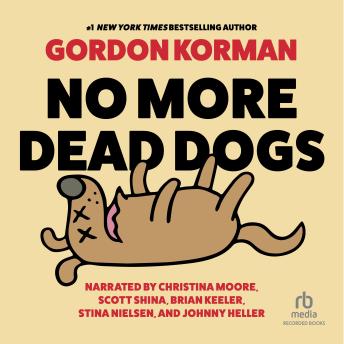 Wallace Wallace hates the book, Old Shep, My Pal. His reasons? It's boring, and he's tired of dog stories because the dog always dies. In his book report he writes that his favorite part is on the last page where it says, 'The End'. Forced into detention, Wallace has a chance to witness rehearsals for the school play --which happens to be Old Shep, My Pal. Watching the drama take shape, he can't help but make suggestions. All the play needs is a Rollerblading dog catcher, a stuffed animal glued to a remote-controlled car, a moped disguised as a Harley, and some choreographed dance numbers with live rock tunes. Award-winning author Gordon Korman published his first book at age 12. Since then, he has applied his uproarious sense of humor to more than 30 novels, such as The Chicken Doesn't Skate and The Twinkie Squad. A skilled group of narrators captures every colorful character in this hilarious romp.