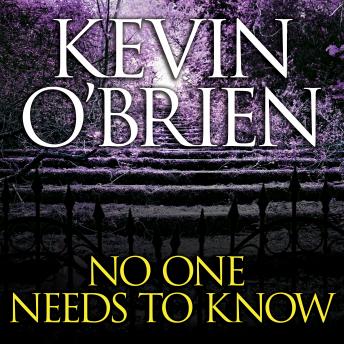 No One Needs to Know

In July 1970, actress Elaina Styles was slain in her rented Seattle mansion along with her husband and their son's nanny. When the baby's remains were found buried in a shallow grave close to a hippie commune, police moved in-only to find all its members already dead in a grisly mass suicide.


Now, decades later, a film about the murders is shooting at the mansion. On-set caterer Laurie Trotter ignores gossip that the production is cursed. But then people start dying . . .


As Laurie digs deeper into what happened all those years ago, she discovers that the truth is more twisted than any whispered rumor, as a legacy of brutal vengeance reaches its terrifying climax.

No One Needs to Know