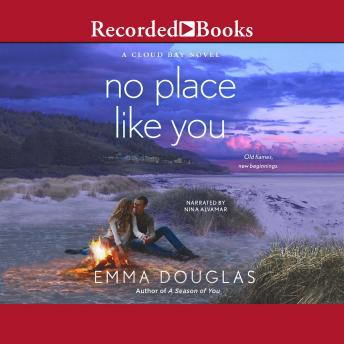 Sometimes old flames burn the hottest. Having a crush on your best friend's brother is kind of inconvenient. But for the teenage Leah Santelli, it was also a fact of life. She always knew Zach Harper, gifted with his rockstar father's voice and his model mother's looks, was out of reach. But on the night of her 18th birthday, she decided to ask for the present she really wanted and, to her shock, convinced Zach to sleep with her. But then Zach left town to chase his music dreams and never looked back. And Leah moved on. But now Zach's home again, and him recording his first solo album in Cloud Bay is a chance for Leah to get the producing credit she needs to take her career to the next level. The only trouble is that means spending long hours with Zach.and apparently her old crush hasn't completely burned out. Zach Harper always believed you can't go home again. And he hasn't needed to test that theory until now. But now he's back in Cloud Bay, looking to repair his relationship with his sisters and record the album he's always wanted to. He knows it isn't going to be easy but he hadn't counted on the last bridge he burned when he left-Leah-being the one that he suddenly most wants to repair. But even though Leah is newly divorced and the heat between them hasn't gone anywhere, she knows Zach is leaving again. She'll let him into her bed but not into her heart. Can Zach convince her that they can make more than just great music together and that she's the one that he wants?