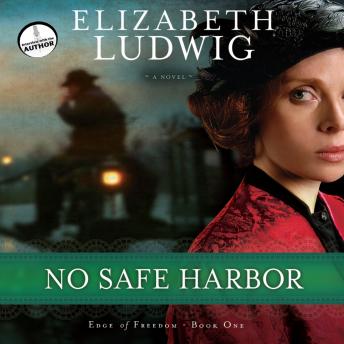 New York City, 1897. She came to America searching for her brother. Instead all she's found is a web of danger. Cara Hamilton had thought her brother to be dead. Now, clutching his letter, she leaves Ireland for America, desperate to find him. Her search leads her to a houseful of curious strangers, and one man who claims to be a friend — Rourke Walsh. Despite her brother’s warning, Cara trusts Rourke, revealing her purpose in coming to New York. She’s then thrust into a world of subterfuge, veiled threats, and attempted murder, including political revolutionaries from the homeland out for revenge. Her questions guide her ever nearer to locating her brother — but they also bring her closer to destruction as those who want to kill him track her footsteps. With her faith in tatters, all hope flees. Will her brother finally surface? Can he save Cara from the truth about Rourke... a man she’s grown to love?