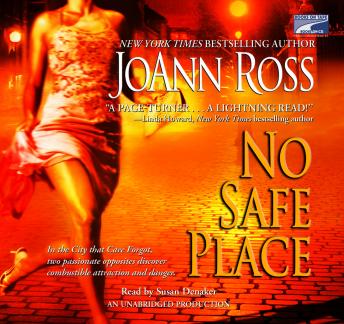 Chicago homicide detective Kate Delaney fiercely defends victims. Which is why–despite death threats–she’s testifying to a federal grand jury about local police corruption. It’s also why she’s infuriated by the New Orleans police department’s blasé attitude toward her estranged sister’s death. But pursuing an investigation in a strange city means allying with someone who knows the territory. And the players. Someone with a total disregard for the rules.

As an ex-cop from a police family, New Orleans PI Nick Broussard knows that cops live by their own code. You don’t rat out a fellow officer. The last thing he needs is some smart-mouthed, by-the-book outsider unknowingly injecting herself into his undercover search for the truth. Even worse is the way she conjures up visions of tangled sheets. . . .

Nick and Kate’s chase pits them against the criminal underworld of the sultry southern city. And as they peel away layers of deadly deception, they discover a dark secret too many are willing to kill to keep.