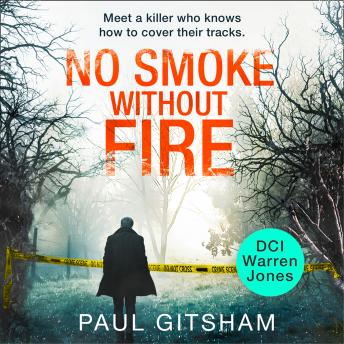 No Smoke Without Fire

DCI Warren Jones has a bad feeling when the body of a young woman turns up in Beaconsfield Woods. She's been raped and strangled but the murderer has been careful to leave no DNA evidence.

There are, of course, suspects - boyfriend, father - to check out but, worryingly, it looks more and more like a stranger murder.

Warren's worst fears are confirmed when another young woman is killed in the same way.

The MO fits that of Richard Cameron who served twelve years for rape. But Cameron never killed his victims and he has a cast-iron alibi.

Then personal tragedy intervenes and Warren is off the case. But the pressure is mounting and another woman goes missing. Warren is back but will the break he desperately needs come before there's another victim?

Book One - The Last Straw

Book Two - No Smoke Without Fire

No Smoke Without Fire