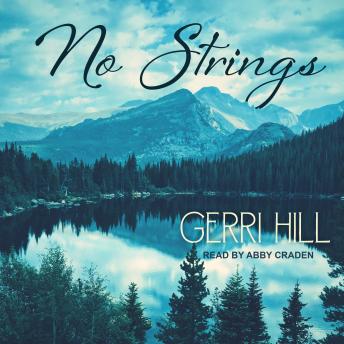 Used to the busy playground of Winter Park, police chief Reese Daniels is shipped off to sleepy Lake City, Colorado. She takes the job of sheriff seriously, but makes it clear to one and all: this year is just a blip in her life. When it's done, she's gone.

Forest Ranger M. Z. Morgan has lived in Lake City long enough to be considered a local. The pace, the quiet and the many friends make life there well worth the lack of dating material. A girlfriend would still be nice, and the new sheriff is easy on the eyes. It's entirely natural for Morgan and Reese to be friendly, but Reese's repeated reminders that she's not sticking around make it impossible for anything more between them.

That is, until they strike a no strings bargain. Some guaranteed exchange of heat as the long winter sets in seems just what they need to pass the time. So what if it's the best sex they've ever had? It's still only temporary. They won't mistake sex for more, even if it only gets better-month after month. After month.

No Strings-it seemed like a good idea at the time.