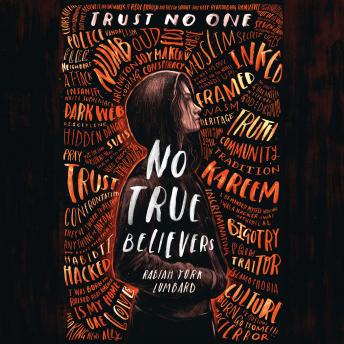 Fans of the riveting mystery in Courtney Summers's Sadie and the themes of race and religion in Samira Ahmed's Internment will be captivated by this exploration of the intersection of Islamaphobia and white supremacy as an American Muslim teen is forced to confront hatred and hidden danger when she is framed for a terrorist act she did not commit.

Salma Bakkioui has always loved living in her suburban cul-de-sac, with her best friend Mariam next door, and her boyfriend Amir nearby. Then things start to change. Friends start to distance themselves. Mariam's family moves when her father's patients no longer want a Muslim chiropractor. Even trusted teachers look the other way when hostile students threaten Salma at school.

After a terrorist bombing nearby, Islamaphobia tightens its grip around Salma and her family. Shockingly, she and Amir find themselves with few allies as they come under suspicion for the bombing. As Salma starts to investigate who is framing them, she uncovers a deadly secret conspiracy with suspicious ties to her new neighbors--but no one believes her. Salma must use her coding talent, wits, and faith to expose the truth and protect the only home she's ever known--before it's too late.