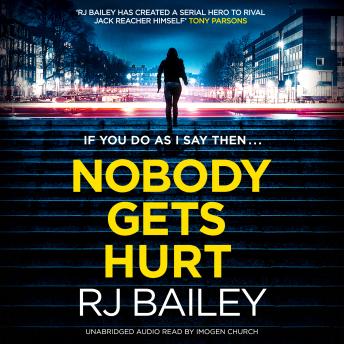 Bodyguard Sam Wylde has had her British licence revoked. She is now operating in Europe, running security on a swanky motor yacht during the Historic Grand Prix race. And at the same time she trawls for news of her ex-husband and daughter.

In fact, the owner of the boat is bankrupt and the bank wants the multi-million-dollar vessel back. Sam is in the middle of a very dangerous situation that is rapidly escalating out of control.

Alongside her partner Konrad, Wylde has to fight enemies on all fronts. But will they even find themselves on opposite sides when it comes to the final showdown?

Nobody Gets Hurt. If only that were true.