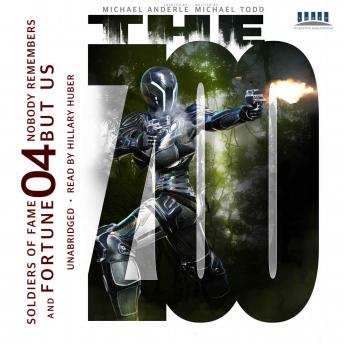 Nobody Remembers But Us: Soldiers of Fame and Fortune Book 4

FOOLS DIE IN THE ZOO. THEY DIE FAST AND HORRIBLY.
From the fertile imagination of bestselling author Michael Anderle...
Holly has been asking questions, but now they are getting a bit more pointed...and you never know who might be in the audience.
There are ghosts everywhere, but now we are talking about ghosts in the ZOO?
JB is telling stories again, but this time the story is personal.
Will anyone believe him when he says he met an operative-a killer-in the ZOO?
Holly is back, listening to another story about the ZOO. But this one seems too mysterious to be easily believed. Is there a ghost in the ZOO? Does anyone know who she might be?
Can Holly learn enough about the ZOO to become comfortable with the idea that she can make it inside and back out again safely?
The more she learns, the more her concern intensifies.
ARE YOU READY TO ENTER THE ZOO...AGAIN?

Join Holly Smith as she learns about the ZOO, how to stay alive, and the opportunities that being a part of the ZOO have brought humanity.
The future is looking interesting and humorous, except for the dying part.

Nobody Remembers But Us: Soldiers of Fame and Fortune Book 4