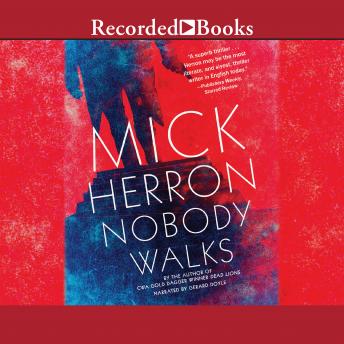 Crime fiction readers; espionage readers; thriller readers; Anglophiles The death of Tom Bettany's estranged 26-year-old son brings him back to London. His return sparks the interest of everyone from mobsters to MI5 officers--he may have thought he left his old life as a spy behind, but nobody just walks away. Mick Herron's previous spy novel, Dead Lions, won the 2013 CWA Gold Dagger, garnering attention both in the US and UK. These thrillers are complex and contemporary, with an unexpected dose of wry humor. Herron's writing has often been compared with that of John le CarrE. Herron is steadily gaining traction each year in the US, and there have been several film inquiries about the Slough House series. The long-awaited new novel by British espionage fiction master Mick Herron, the author of 2013 Crime Writers' Association Gold Dagger-winning novel Dead Lions. Tom Bettany is working at a meat processing plant in France when he gets the voicemail from an English woman he doesn't know telling him that his estranged 26-year-old son is dead. Liam was smoking dope on his London balcony when he fell. Now for the first time since he cut all ties years ago, Bettany returns home to London to find out the truth about his son's death. It may be the guilt he feels about losing touch with his son that's gnawing at him, or maybe he has actually put his finger on a labyrinthine plot, but either way he is going to get to the bottom of the tragedy, no matter whose feathers he has to ruffle. But there are many people who are interested to hear Bettany is back in town, from incarcerated mob bosses to the highest echelons of MI5. He might have thought he'd left it all behind, but nobody really just walks away. Praise for Dead Lions Winner of the 2013 Crime Writers' Association Gold Dagger Award for Best Crime Novel of the Year A BBC Front Row Best Crime Novel of 2013 'A great romp.'--Jeff Park, BBC Front Row 'Clever and funny.'--The Times 'A well-written, wickedly clever send-up of the classic British spy novel.'--Crime Writers' Association Gold Dagger Judges 'If you like your suspense novels told with a smart dash of wit and sarcasm, filled with lots of twists and turns, Herron's your man.' --Shelf Awareness 'Herron provides a dour, twisty spy thriller with something for everyone: part post-Cold War miasma, part James Bond heroics, and elliptical withal.'--Kirkus Reviews 'Herron delivers unbeatable entertainment for thriller fans.'--Library Journal, Starred Review Author Bio: Mick Herron was born in Newcastle and has a degree in English from Balliol College, Oxford. He is the author of two books in the Slough House series, Slow Horses and Dead Lions, as well as a mystery series set in Oxford. He lives in Oxford and works in London.