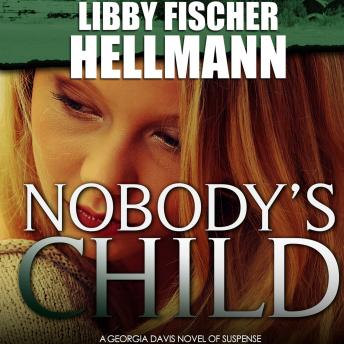 A bloodstained note left for PI Georgia Davis reveals the shocking existence of a half-sister she never knew about. Her sister, Savannah, is pregnant and begging for Georgia’s help. Determined to track her down, Georgia finds herself heading deep into the secretive and dangerous underworld of Chicago’s illegal sex trafficking business. She soon discovers that trafficking is just a small part of the horrifying and deadly situation in which her new sister is caught up. Even worse, as Georgia tries to extricate Savannah, she comes up against an old enemy determined to make sure neither woman will escape alive. In the fourth Georgia Davis novel, Georgia faces her toughest challenge yet—and one she might not survive.

“Following on the heels of several excellent standalone novels, (this is) a dark, well-told tale. Hellmann is an expert at tearing into the fabric of villainy that lies in … our cities.”Ted Hertel, Deadly Pleasures Mystery Magazine

“Thrilling…Hellmann ratchets up tension with every chapter and the reader is constantly kept wondering about the fate of both sisters. Publishers Weekly

“Conflict so real it grips the reader. You dare not breathe or put the book aside… Libby Fischer Hellmann ranks as one of the top mystery writers in America today.” Caleb Pirtle, Venture Galleries


Finalist in the Daphne du Maurier Award for Excellence in Mystery and Suspense.