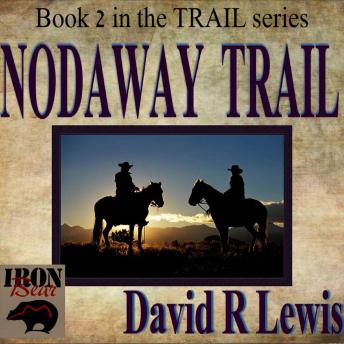 Comfortable in his new life in Deer Run, young Ruben Beeler is called away by Marshal Marion Daniels to help in an investigation of murder and mutilation north of St. Joe. That begins a search for killers and leads the men northward into unfamiliar territory, pitting them against a family of outlaws who have ruled Nodaway County since before the Civil War.

Push comes ta shove right smart, an' things git hot an' heavy quick, as even Rube, an' Marion, an' Homer, out numbered an' outgunned, take to the dodge. It comes to be some desperate for all of 'em afore they git off the Nodaway Trail.