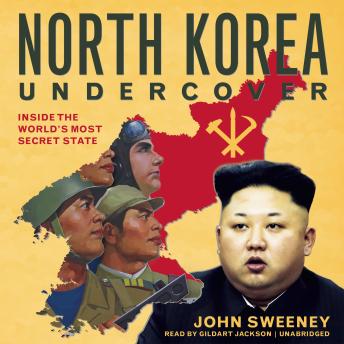 North Korea Undercover: Inside the World’s Most Secret State

North Korea is like no other tyranny on earth. Its citizens are told their home is the greatest nation in the world, and big brother is always watching. It is Orwell’s 1984 made reality.

Award-winning BBC journalist John Sweeney is one of the few foreign journalists to have witnessed the devastating reality of life in the controversial and isolated nation of North Korea. Having entered the country undercover, Sweeny posed as a university professor with a group of students from the London School of Economics.

Huge factories with no staff or electricity, hospitals with no patients, uniformed child soldiers, and the world-famous and eerily empty DMZ—the Demilitarized Zone, where North Korea ends and South Korea begins—are all framed by a relentless flow of regime propaganda from omnipresent loudspeakers. Free speech is an illusion: one word out of line, and the gulag awaits. State spies are everywhere, ready to punish disloyalty at the slightest sign of discontent.

Drawing on his own experiences and his extensive interviews with defectors and other key witnesses, Sweeney’s North Korea Undercover pulls back the curtain, providing a rare insight into life there today while examining the country’s troubled history and addressing important questions about its uncertain future.