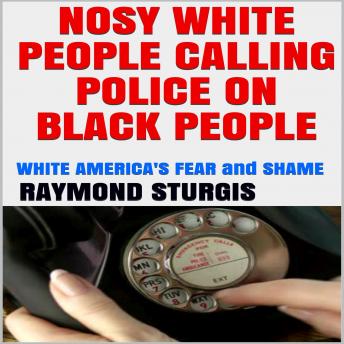 Narrated By: Books With Voices

I understand America is a free country, however, that does not white people should feel free to harass and disrespect the life of African Americans. Nosy white people are making it a sick habit of calling police on African Americans for the sake of amusement and maybe to see police brutality. Nosy white people should be concerned about the urban terrorist in their families that are conducting mass killings because someone hurt their feelings. it would benefit nosy white people, to join or help African Americans doing positive things, if they feel left out or ignored. We all have a right to freedom, however, calling the police because a person color or economic status is different, is cruel and stem from an agitated and dormant hatred the kind we now witness in our President who has yet to condemn such disrespect.