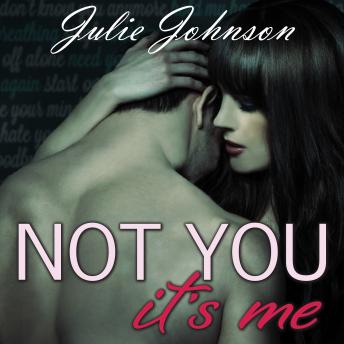 Not You It's Me

Gemma Summers is unlucky in love. She's known it since third grade, when her first crush blew a spitball into her hair, and a decade-long string of bad dates, boring sex, and abysmal morning-afters has done nothing to improve her prospects. But when a random radio call-in contest lands her courtside tickets to the hottest playoff game of the season, Gemma's luck may finally be on the upswing, even if it doesn't exactly seem like it when the dreaded jumbotron kiss-cam lands on her and her date, who's too busy ignoring her to notice.
Chase Croft doesn't date. Despite ample opportunity as Boston's most eligible bachelor, the reformed bad boy would rather put his energy into taking over the family business than weed through a world of gold-diggers to find an honest woman. But when the beautiful girl in the seat next to him becomes a courtside spectacle at the hands of her loser boyfriend, he can't help but step in and save the day.

Not You It's Me