The Notorious Reno Gang: The Wild Story of the West's First Brotherhood of Thieves, Assassins, and Train Robbers 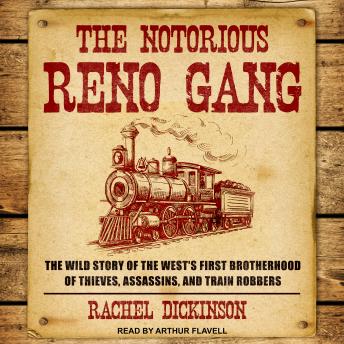 The true story of the world's first robbery of a moving train, and the real origins of the Wild West.

They were the first outlaws to rob a moving train. But from 1864 to 1868, the Reno brothers and their gang of counterfeiters, robbers, burglars, and safecrackers also held the town of Seymour, Indiana, hostage, making a large hotel near the train station their headquarters. When the gang robbed the Adams Express car of the Ohio & Mississippi Railroad on the outskirts of Seymour on October 6, 1866, it shocked the world-and made other burgeoning outlaws like Jesse James sit up and take notice. The extraordinary-and extra-legal-efforts to take them out defined the term 'frontier justice.' From the first report of the robbery, Allan Pinkerton's operatives were on the scene, followed by kidnappings, lynchings, and an extradition from Canada to Indiana that caused an international incident. In the end, ten members of the Reno Gang were hanged, including three of the Reno brothers. And no one was ever charged with the murders.

The Notorious Reno Gang tells the complete story for the first time, revealing how these gangsters, Pinkerton's National Detective Agency, and the little city of Seymour ushered in the Wild West.