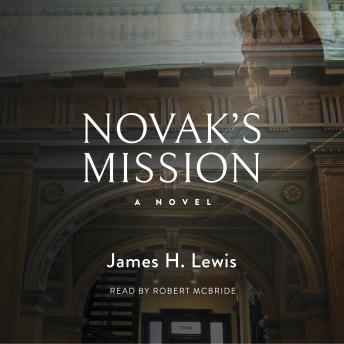 When Karol Novak takes over a scandal-ridden police force, he has two murders to solve and years of corruption to clean up. The last thing he needs is to reopen a closed murder case.

But that's the birthday wish of a nine-year-old girl, making it difficult for him to refuse. Since the request comes through Novak's wife, it's impossible. When Novak grudgingly peeks into the case, he doesn't like what he finds.

The borough council resists his spending another minute on the case, but don't try telling a veteran Pittsburgh cop he can't do his job. Whoever wants the case dropped wants Novak out and is using a secret from his past against him.

When one of his officers disappears while investigating the old case, Karol Novak has only hours to bring her back, solve all three murders, and save his job and reputation.

The gritty detail of police work is reminiscent of Ed McBain's police procedurals, while the relationship between Karol and Barbara Novak recalls Donna Leon's Venetian mysteries.

Will Novak answer the nine-year-old's plea before the council forces him out? Find out for yourself by buying this engaging novel of small-town policing.