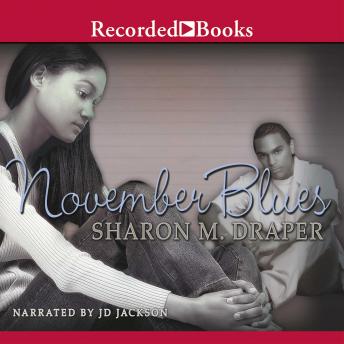 Sequel to Coretta Scott King Award winner The Battle of Jericho, November Blues is a Coretta Scott King Honor Book. November Nelson lost her boyfriend Josh when a high school hazing incident went horribly wrong. She thinks life can't get worse-then she learns she is carrying Josh's child. She seeks comfort from Josh's cousin and best friend Jericho, who himself is trying to hide the pain of his friend's death by diving into his sports and music. Listeners will get to hear November's story as well as Jericho's as they come to terms with Josh's death.

This title is due for release on September 19, 2008
We'll send you an email as soon as it is available!