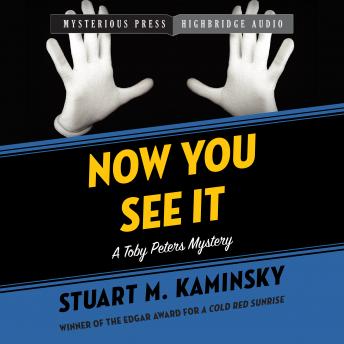 When an anonymous rival demands that master illusionist Harry Blackstone reveal his secrets on stage or die, the magician hires Toby Peters and his brother, ex-cop Phil Pevsner, to run security for his show at the famous Pantages Theater in Hollywood. Of course, Peters doesn't expect the job to include replacing a showgirl for Blackstone's show-stopping sawing-a-woman-in-half trick after the saboteur has stolen the blade.

Peters's brief career in magic is only the first surprise as a blackmailing con man turns up shot in a dressing room backstage and one of Blackstone's competitors ends up dead at a testimonial dinner. With 'The Great Blackstone' now a murder suspect, the sleuth will need to pull a rabbit out of a hat to solve this mystery . . .