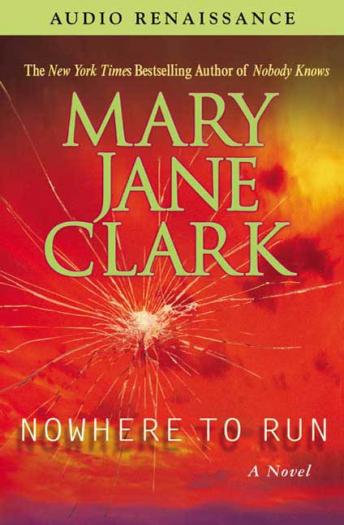 Nowhere to Run: A Novel

New York Times bestselling author Mary Jane Clark delivers Nowhere to Run, a thrilling novel of psychological suspense set in the world she knows best--network news
Botulism, anthrax, smallpox, plague: as medical producer for television's highly-rated morning news program, Annabelle Murphy makes her living explaining horrific conditions to the nation. So when a KEY News colleague dies with symptoms terrifyingly similar to those of anthrax, she knows the panic spreading through the corridors of the Broadcast Center is justified.
As one death follows another, Annabelle's co-workers look to her for assurance, but she finds it hard to give comfort. To her, the circumstances surrounding the infections suggest diabolical murders.
And when the authorities lock down the Broadcast Center with the identity of the killer still unknown, neither the victims nor the murderer can escape...
Nowhere To Run is full of Mary Jane Clark's signature intricate plotting and taut psychological suspense.

Nowhere to Run: A Novel