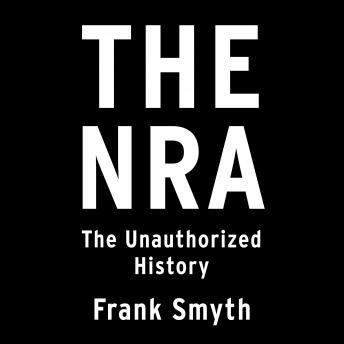 The NRA: The Unauthorized History

For the first time, the definitive account of America’s most powerful, most secretive, and most controversial nonprofit, and how far it has strayed from its origins.

The National Rifle Association is unique in American life. Few other civic organizations are as old or as large. None is as controversial. It is largely due to the NRA that the U.S. gun policy differs so extremely — some would say so tragically — from that of every other developed nation. But, as Frank Smyth shows, the NRA has evolved from an organization concerned above all with marksmanship — and which supported most government efforts around gun control for a hundred years — to one that resists all attempts to restrict guns in any way. At the same time, the organization has also buried its own remarkable history.

Here is that story, from the NRA’s surprising roots in post-Civil War New York City to the defining event that changed its culture forever — the so called “Cincinnati Revolt” of 1977 — to the present day, where President Donald Trump is the most ardent champion in the White House the NRA has ever had. For anyone who has looked at access to guns in our society and asked “Why?”, this is an unmatched account of how we got here, and who got us here.

'The N.R.A. began as a Reconstruction-era organization “with the mission to improve military preparedness in anticipation of future wars,” Smyth says. Its evolution after that — into a gentlemen’s hunting club with an unexpected affinity for wildlife conservation, until Second Amendment absolutists seized power in the 1970s — is ably traced by the author, who narrates the audio version of his book in no-nonsense tones.' — The New York Times

'This is the book for anyone who has ever wondered why the United States is incapable of even minor regulation of firearms, despite alarming levels of gun violence and consistent, broad public support for it. Frank Smyth has delivered a clearly-written, diligently-researched, and level-headed answer. He documents how the NRA, once primarily a sporting group that advocated sensible gun controls, has buried its past, rewritten history, and transformed itself into an enormously influential right-wing force that has elevated gun fetishism into a political ideology that, for many, borders on religion.'— Mark Bowden, journalist and author of Black Hawk Down and Killing Pablo