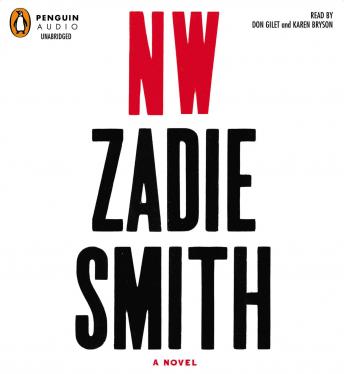 A new novel from Zadie Smith, set in Northwest London

Somewhere in Northwest London stands Caldwell housing estate, relic of 70s urban planning. Five identical blocks, deliberately named: Hobbes, Smith, Bentham, Locke, and Russell. If you grew up here, the plan was to get out and get on, to something bigger, better. Thirty years later ex-Caldwell kids Leah, Natalie, Felix, and Nathan have all made it out, with varying degrees of succes—whatever that means. Living only streets apart, they occupy separate worlds and navigate an atomized city where few wish to be their neighbor’s keeper. Then one April afternoon a stranger comes to Leah’s door seeking help, disturbing the peace, and forcing Leah out of her isolation. . . .

From private houses to public parks, at work and at play, in this delicate, devastating novel of encounters, the main streets hide the back alleys, and taking the high road can sometimes lead to a dead end. Zadie Smith’s NW brilliantly depicts the modern urban zone—familiar to city dwellers everywhere—in a tragicomic novel as mercurial as the city itself.