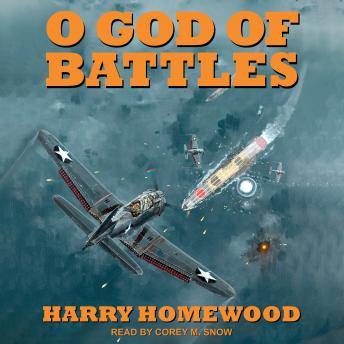 It was a time for America and her heroes: men like Michael and Andrew O'Connor, rival brothers fresh out of Annapolis, men who left all they knew and loved to seek glory in a world at war. Mike beneath the ocean aboard the USS Tigerfish, Andrew in the air as a fighter pilot ace. Theirs was a baptism by fire, yet they rose to confront a brutal enemy across the sea-and to chase the explosive dreams that could ultimately destroy them.

From Harry Homewood, bestselling author of Final Harbor, Silent Sea, and Torpedo!, comes the epic novel of a family at war. A novel of family, duty, pride-and of two brothers, competitors in both love and war, whose inner struggles provided them with the courage that could mean the difference between life and death.