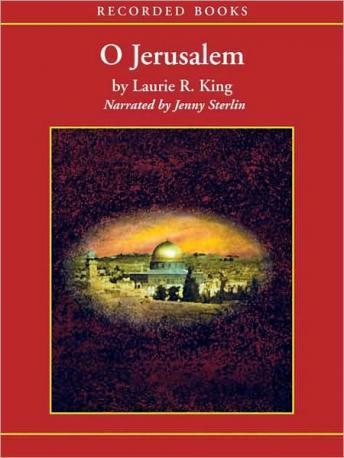 Laurie R. King has received the Edgar and the John Creasey Awards for her finely-crafted works. Her first Mary Russell novel, The Beekeeper's Apprentice, astonished readers by creating a new case for Sherlock Holmes. Since then each adventure in the series has received enthusiastic praise by critics and mystery fans alike. O Jerusalem takes place in 1918, shortly after The Beekeeper's Apprentice. Coming out of retirement, an aging Sherlock Holmes has traveled to Palestine with his 19-year-old partner, Mary Russell. There, disguised as ragged Bedouins, they embark on a dangerous mission. If they fail, the holy city will surely go up in flames. With her unerring flair for the dramatic, Laurie R. King packs this novel with bloodcurdling adventure, clever disguises, and layers of intrigue. Jenny Sterlin's superb voicing of the prickly Holmes and the fiercely intelligent Russell captures every nuance of their unconventional relationship.