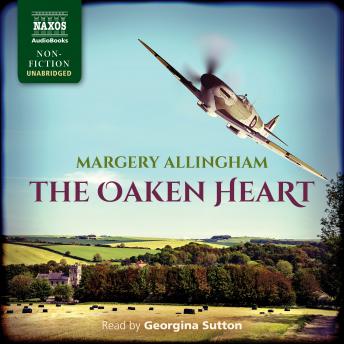 Margery Allingham, already a successful crime writer, was living quietly in the Essex village of Tolleshunt D'Arcy ('Auburn') when the Second World War broke out. Her house became an Air Raid Wardens' post and a First Aid centre, and Allingham herself became responsible for 275 East London evacuees in a rural community of just over 600. Commissioned by American publishing friends to recount what life was like, she began The Oaken Heart in the autumn of 1940, when the Battle of Britain gave way to the London Blitz. Bombs fell, even on the Essex countryside, and a German invasion was fully expected. She conceived her work as an honest letter to America. Places were given fictional names but otherwise she told it like it was, whether funny or painful.
Unsentimental yet personal and rich in detail, this is an evocative first-hand account of day-to-day realities in a small community upended and terrified of the future - like so many villages of the time.