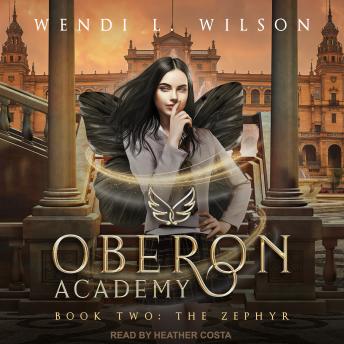 Sometimes, the thing you should fear the most is yourself.

December Thorne's life had never been better. Oberon Academy was her home, its students and faculty, her family. With her best friend Shaela and her boyfriend Easton by her side, she felt like nothing could bring her down. Except for one thing-the loss of her mentor.

Crispin Jonas took over that role, pushing December to practice things beyond the standard Oberon Academy lessons on being a good Sylphid. His lessons revolved around her other half-her dark side.

Devastated after taking a life, December had a choice to make. She could let her darker half take over and guide her actions, or she could embrace the Sylphid inside her and live on the path of light. But were those her only two choices?