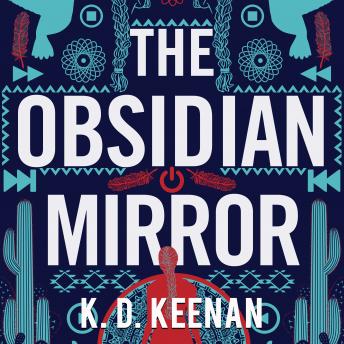 Sierra Carter learns that her former employer's technology is in reality a means of spreading a deadly evil around the world. Necocyaotl, god of death and destruction, has placed his essence in every device, causing people to place their self-interest and personal desires above all else. If Sierra's going to stop him, she'll need some help.

And help is on the way. Chaco, also known as Coyotl the Trickster, is a handsome young man when he isn't a coyote-and an excellent cook. Fred the mannegishi has the gift of disappearing at will and a few well-kept secrets. Rose, a Native American shaman, teaches Sierra how to develop her inner powers. Kaylee is a practitioner of Voudon, as is the irascible and mysterious Mama Labadie. Clancy Forrester, chief of security for Sierra's former employer, enters the fray, reluctantly surrendering his view of reality.

Necocyaotl's team is playing for keeps, and the evil god brings an army of ice demons, dark spirits, and assorted monsters into the game to bolster his more human henchmen and -women. Sierra and her friends constantly find themselves on the edge of disaster, snatching every win from the extremely pointy jaws of their enemies.