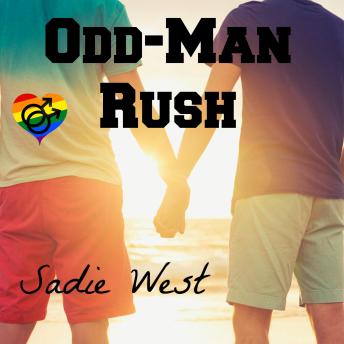 Like reading about hot guys falling in love? You're in the right place.
Hockey prodigy Danny Holden's entire world is falling apart. He loses his mother, his boyfriend, his home, and now he may lose his last chance at a normal life-his scholarship to the University of Minnesota.
Broken and with nowhere left to turn, Danny finds himself at his ex-boyfriend's home.
Corey Bethel isn't as cool as Danny Holden, and falling in love had been a fantasy come true. Until Danny's mother died, and he became a different person. Corey hasn't forgiven Danny, but with these two exes living under the same roof, old feelings resurface in a big way.