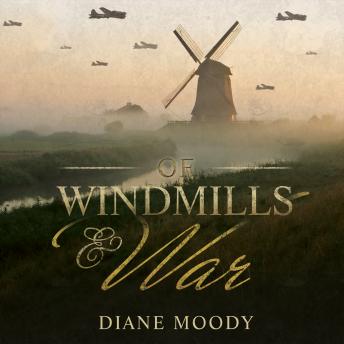 Of Windmills and War

The rumblings of war in distant countries mattered little to Danny McClain. Growing up in Chicago, his world revolved around after-school jobs, a rescued beagle, his pen pal in Holland, and the Cubs' chance to go to the World Series. Then, in December of 1941, news of the attack on Pearl Harbor hit much too close to home. In a few years, Danny found himself in the co-pilot seat of a B-17, stationed with the 390th Bomb Group in Framlingham, England.

Anya Versteeg had been just a teenager when Hitler's troops invaded her homeland of Holland in May of 1940. Forced to grow up much too fast, the feisty preacher's daughter eagerly immersed herself in the Dutch Resistance. Certain that God had turned His back on Holland, she did whatever she had to do to save her country before it was too late.

By 1945, the people of Occupied Holland were starving. Thousands were dying every day. Then, just days before the war ended, help came to the Netherlands like manna from heaven.

Operation Chowhound held special meaning for Lieutenant Danny McClain. Somewhere below in the battered land of tulips and windmills was the girl who needed rescuing, and he would move heaven and earth to find her.

Of Windmills and War