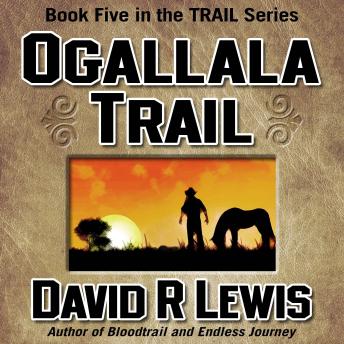 Once again, Marshal Marion Daniels calls on Ruben Beeler for help in righting a terrible wrong. Cecil Man-Bear, one of Marion’s old friends, has been crippled, his wife killed, and his daughter stolen by a half-breed. Marion and Ruben take to a trail that leads them far into the Sioux reservation of the Dakota Territory in pursuit of a man called Kills-Many and his band of renegades. With the help of Homer Poteet and an old Indian fighter named Owney Furnish, they make their way into dangerous country on a mission to rescue the daughter and make sure justice is served. It’s a long and hazardous ride on the Ogallala Trail.
©2015 David R. Lewis (P)2015 David R. Lewis