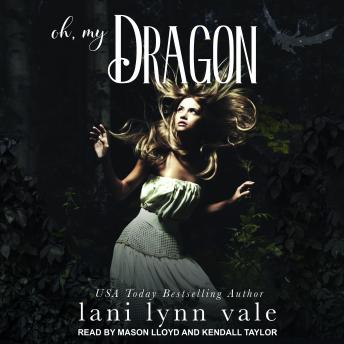 The reclusive Ian barely participates in life, only doing so when his powers demand that he use them or pay the consequences. It seems that there's not a single person on this planet who doesn't want something from him, but the pain and suffering of others is nearly unbearable at times, leaving him no choice but to act.

That is, until Wink unwittingly walks into his life, completely unaware that she's stepped straight into the dragon's den.

Wink is just trying to get home after a long day of work. Her plans for the evening do not include stumbling upon a man with blood on his hands hovering over a dead woman in her hallway.

There are three things that someone in Wink's position should've done in that instance.

1. Slowly back away from the hot, bearded killer and run the other way.

3. Not come back until the scene was safe.

Instead, she stops, takes a picture-drawing the man's attention to her-and then takes off at the speed of a fat, blind and possibly intoxicated penguin.

Ian tries to let her go, but the moment that she runs, every single one of his predatory instincts surge to the surface and the hunt is on. Ian always catches his prey, this time is no different. What is different is that, for the first time in his life, he is consumed with the need to keep his catch.