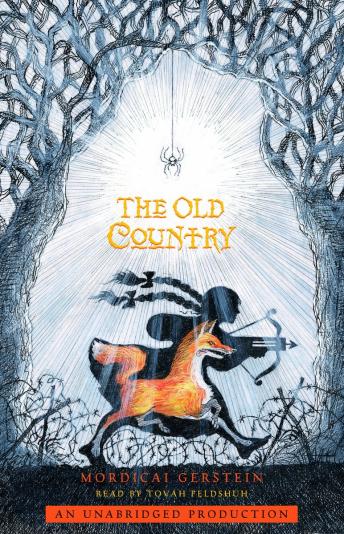 Mordicai Gerstein’s portrayal of Philippe Petit’s high-wire walk between the towers of the World Trade Center, The Man Who Walked Between the Towers, won the 2004 Caldecott Medal and was among the most admired books of the year. Now comes a memorable new work, a novel of singular insight and imagination that transports readers to the Old Country, where “every winter was a hundred years and every spring a miracle . . . where the water was like music and the music was like water . . . where all the fairy tales come from, where there was magic–and there was war.”
There, Gisella stares a moment too long into the eyes of a fox, and she and the fox exchange shape. Gisella’s quest to get her girl-body back takes her on a journey across a war-ravaged country that has lost its shape. She encounters sprites, talking animals, a chicken that lays a golden egg, a court with a spider for a judge–and bloodshed, destruction, and questions of power and justice. Finally, looking into the eyes of the fox once more, she faces a strange and startling choice about her own nature.
The Old Country is at once timeless and contemporary–a tale that draws on a wealth of storytelling tradition and dramatizes the question of what it is to be human. Part adventure story, part fable; exciting, beautifully told, rich in humor and wisdom, it is the work of an artist and storyteller at the height of his powers.

This title is due for release on May 24, 2005
We'll send you an email as soon as it is available!