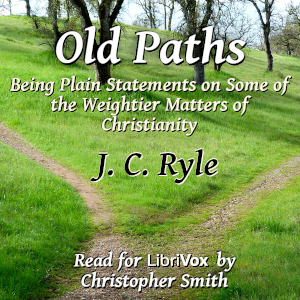 This book is subtitled ÒBeing Plain Statements on Some of the Weightier Matters of Christianity". The main title comes from the writings the old testament prophet Jeremiah, who refers to the old paths where the good way is, which if people walk in it they will find rest for their souls (Jer 6 v6). Bishop Ryle wrote this book at a time when many in the church were forsaking the old paths of evangelical Christianity in favour of liberal ideas. In RyleÕs day the old doctrines held by the apostolic Christians and reformers had started to be sneered at in certain quarters as being old-fashioned and worn out, and that something more modern was needed.