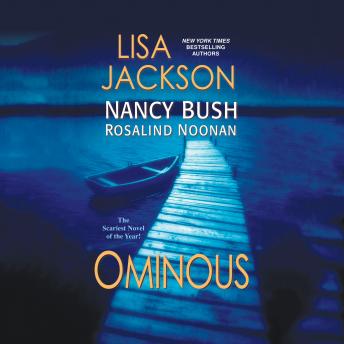 The photograph shows three teenage girls splashing in the lake on a sweltering summer evening. Shiloh is a rebel, wild and brave. Katrina is trying to escape her worries about her mother's illness. Then there's Ruth, a preacher's daughter desperate for one night of fun. They've all heard whispers about local girls who've gone missing in recent months, but in this moment, the three are carefree and happy. None of them sees the man spying on them from the woods. They have no idea how their lives will be changed by the brutal violence that follows-and the vow of secrecy they take.

Fifteen years later, Ruth and Shiloh have both returned to Prairie Creek, Wyoming, where Kat is now deputy sheriff. Putting that night behind them has been impossible, especially for Ruth. Just as she feels she's moving forward, starting a relationship with Kat's brother, another girl disappears-and a body is found.

When a copy of that long-ago photograph arrives in the mail, Kat knows it's a message. The killer has found other victims since, but she, Ruth, and Shiloh are the ones he's never forgotten. Together, the three of them race to save a missing girl and find the monster in their midst. But the closer they get, the more convinced Kat becomes that they are not the hunters, but his prey...