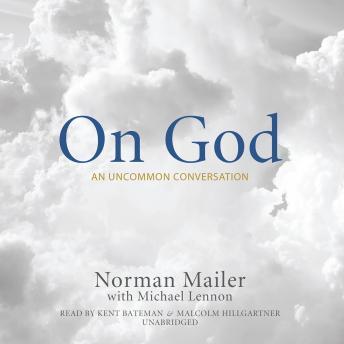 On God: An Uncommon Conversation

In On God, Norman Mailer, a towering figure in American literature, explores his concept of the nature of God. In a series of probing, challenging, and uncommon dialogues, Mailer establishes his own system of belief, one that rejects both organized religion and atheism. He presents a view in which our world is created by an artistic God who often succeeds but can also fail in the face of determined opposition by contrary powers in the universe. As war is waged for the souls of humans, we in our turn are given the freedom—indeed, the responsibility—to choose our own paths. Mailer believes that our individual behavior, a complex mix of good and evil, will be rewarded or punished with a reincarnation that fits the sum of our lives. Ever original and unpredictable, this inspiring verbal journey offers a unique vision of a world in which “God needs us as much as we need God.”

On God: An Uncommon Conversation

This title is due for release on July 7, 2010
We'll send you an email as soon as it is available!