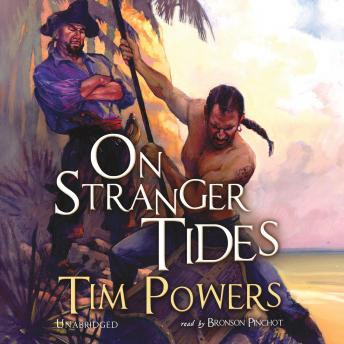 The novel that inspired Pirates of the Caribbean: On Stranger Tides

On Stranger Tides is Tim Powers’ great Disneyland ride through pirates, puppeteers, treasure, and thrill-a-minute action that carries on from the start. It follows the exploits of John “Jack Shandy” Chandagnac, who travels to the new world after the death of his puppeteer father to confront his uncle, who has apparently made off with the family fortune. During the voyage, he befriends Beth Hurwood and her father Benjamin Hurwood, an Oxford professor. Before they arrive at their destination, their ship is waylaid by Blackbeard and his band of pirates. With the help of the professor and his assistant, the captain is killed and Chandagnac is pressed into piracy and sorcery as Blackbeard searches for the Fountain of Lost Youth. Chandagnac, newly dubbed “Jack Shandy,” must stop the evil plot and save Beth.