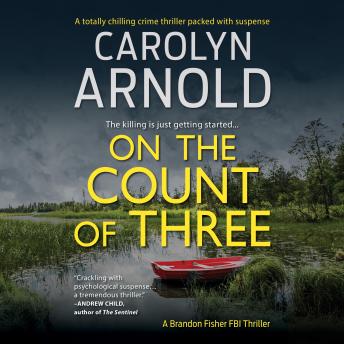 On the Count of Three

He had it planned out to perfection. She was weak and pathetic, past the point of fighting for her life. She must know she couldn’t win, and soon it would all be over…on the count of three.

From their first meeting, Brandon sees the detective as competition, and this isn’t helped by the personal history she shares with his boss. Brandon sees the similarities between Detective Marsh’s missing person case and the two cold cases: all three victims served time for vehicular homicide while driving under the influence and disappeared three days after being released from prison—but is that enough to assume the woman has been abducted by a serial killer?

Brandon fears his boss may have let his personal connection to Marsh cloud his judgment. Surely there isn’t any other explanation for why they jumped into an investigation less than twenty-four hours after the missing persons report was filed. Then again, maybe Brandon is letting his own differences with the detective affect his perspective. If he can’t pull himself together, the missing woman may pay with her life—and one of the team may not make it out of Miami alive.

“Taut, tense, crackling with psychological suspense and bursting with authentic detail, On the Count of Three is a tremendous thriller. Fans of Criminal Minds will love it and be left hungry for more.” –Andrew Child, author of The Sentinel

On the Count of Three