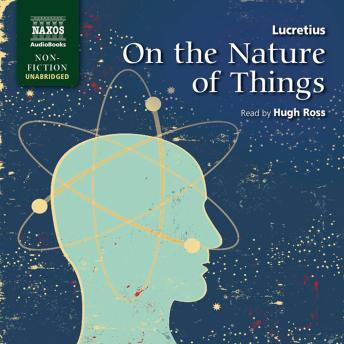 On the Nature of Things

Lucretius was born in 99 BC, and On the Nature of Things is his only surviving work. His aim was to free the Roman world from its two great terrors - the gods and death. Lucretius argues that the gods are not actively involved in life, so need not be appeased; and that death is the end of everything human - body and soul - and therefore should not be feared. But On the Nature of Things is also a poem of striking imagery, intimate natural observation and touching pathos. It is one of the most influential writings in Western thought.

On the Nature of Things

This title is due for release on December 10, 2011
We'll send you an email as soon as it is available!