On the Oceans of Eternity 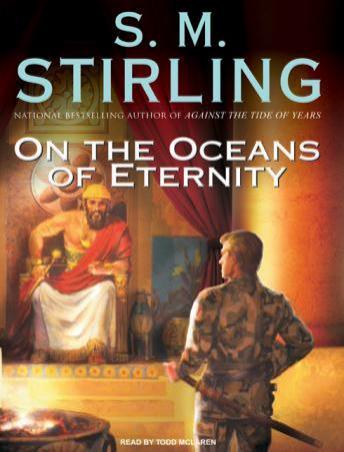 Ten years ago, the twentieth century and the Bronze Age were tossed together by a mysterious Event. In the decade since, the Republic of Nantucket has worked hard to create a new future for itself, using the technological know-how retained from modern times to explore and improve conditions for the inhabitants of the past.

Some of these peoples have become allies. Some have turned instead to the renegade Coast Guard officer William Walker. And for ten years, the two sides have tested each other, feinting and parrying, to decide who will be the ones to lead this brave new world into the future.

The final battle lines have now been drawn. And only one side can emerge the victor.

On the Oceans of Eternity

This title is due for release on January 19, 2009
We'll send you an email as soon as it is available!