On the Rocks: The Complete Series 1 and 2: A BBC Radio 4 comedy drama 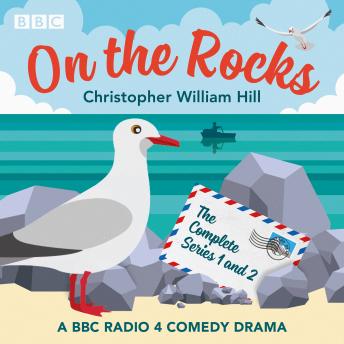 It's the late 1930s, and even on the remote island of St Martin's in the Isles of Scilly war seems inevitable. But the islanders have their own battles to contend with, stuck on a rock flung 27 miles out into the Atlantic with only their natural grit and gallows humour to see them through.

When a stranger in a suit arrives on the island, the locals decide he must be the undertaker come to deal with the body of the late postmaster. Then they discover he is not an undertaker after all - so they naturally conclude that he's a spy. But the truth is worse than that - his name is Frank Gunwallow and he's been sent over from Penzance to modernise the Post Office, around which their world revolves.

The islanders are determined to resist this unwelcome change, and deeply suspicious of the young man from the mainland. Frank realises he's got a fight on his hands - and it'll take more than a shiny new telegraph machine to win them over...

On the Rocks: The Complete Series 1 and 2: A BBC Radio 4 comedy drama