On The Wrong Track 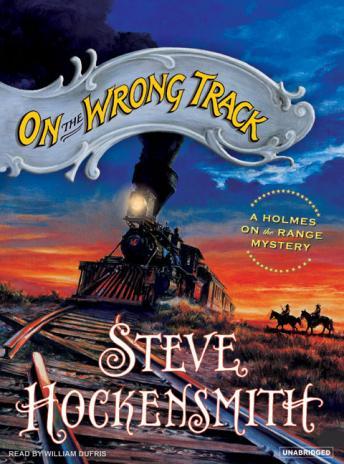 Gustav 'Old Red' Amlingmeyer is an old-fashioned kind of guy: He prefers a long trail ride even when a train ticket can get him where he's going in one-tenth the time. So when it's Old Red who insists on guarding the Pacific Express, despite a generations-old family distrust of the farm stealin', cattle-killin', money-grubbing' railroads, Big Red is flummoxed. But as usual, he'll follow his ornery brother just about anywhere.

Trapped on a thousand tons of steam-driven steel, Old Red and Big Red find themselves riding with a crafty gang of outlaws, a baggage car jam-packed with secrets, and a killer hidden among the colorful passengers. Filled with all the wit, flavor, humor, and suspense that made Holmes on the Range such a critical hit, On the Wrong Tack will have you rushing to the station!

On The Wrong Track