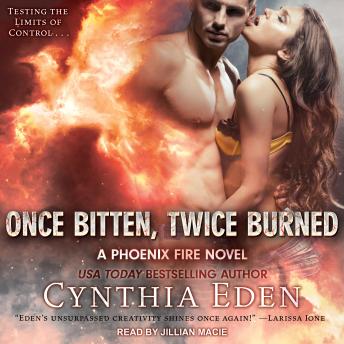 Ryder Duncan keeps his secrets. With a twisted scientist starving him in a 10 by 12 cell, it's not easy to conceal the abilities that set him apart from other vampires, or his plans for escape. But survival-and revenge-are worth waiting for. Until the so-called doctor tempts his appetites with something special: a woman, with a soft Southern accent and a scent like flowers. Sabine.

Sabine Acadia didn't volunteer to be dinner. She was kidnapped and tossed into the cage of a monster. A monster with fierce green eyes, a body that speaks of ruthless power-but a touch gentle as a caress. Ryder knows things about her, secrets Sabine needs to learn fast. Because while they might soon escape this prison, she's fighting an urge to set all her desires free . . .