Once Upon A Star 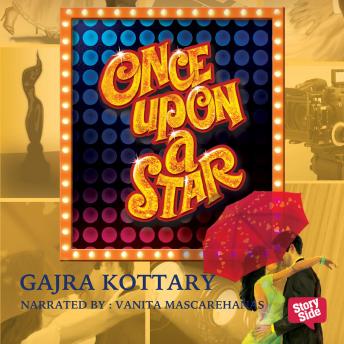 A compelling page-turner that looks at celebrity lives and the costs and collateral damage of stardom' – Namita Gokhale 'An emotional roller-coaster, a great read' – Anupam Kher 'Immensely inspiring and deeply moving' – Feroz Abbas Khan There is much unrest in Vardaan, home to the powerful Bollywood family, the Mehras. Superstar Raj has decided to leave his wife Simran for the reigning queen of Hindi cinema, Sia. Simran, a former actress but a homebody now, is out of shape and down in the dumps. Her in-laws dote on her but can't seem to dissuade their son from spending his days and nights with Sia. Besides, their only daughter, Ashima, has walked out of an unhappy marriage and returned home to announce she wants to be an actor. The Mehras have their hands full, and in the midst of all this, Raj and Simran's children suffer as the news of their father's affair pours in relentlessly. How is Simran ever going to seek out happiness in this maze of rejection ? A compelling saga of love and betrayal, Gajra Kottary's new novel gives us an insider's view of the world of cinema and the many faces of an industry where fame is fleeting and everything is as real as it is make-believe.

Once Upon A Star

This title is due for release on July 21, 2018
We'll send you an email as soon as it is available!