One Drop of Blood 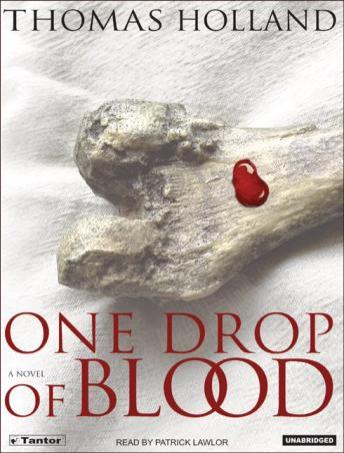 As the director of the U.S. Army's Central Identification Lab in Hawaii (CILHI), Robert Dean 'Kel' McKelvey has made a career solving some of the country's most complex identification cases. Though fast approaching emotional meltdown, Kel now faces his thorniest case yet: the recovery of Jimmie Carl Trimble, a soldier from Arkansas who died a hero's death in Vietnam forty years ago. When a rare DNA sequence turns up at both the Army and FBI labs, it points to the unthinkable: a link between Trimble and a forty-year-old, unsolved racial killing in the Arkansas delta. Partnered uneasily with the volatile FBI Special Agent Michael Levine, Kel must peel back decades of silence to reveal a complex web of stolen identity, betrayal, patriotism, collusion, and lies.

Taking readers deep inside the fascinating world of military and civilian forensic science, One Drop of Blood is a pitch-perfect thriller by a talented new author who knows the terrain better than anyone.

One of the most respected forensic anthropologists in the world, author Thomas Holland is the real Scientific Director of the U.S. Army's Central Identification Lab in Hawaii (CILHI)-the agency responsible for the recovery and identification of all U.S. war dead.

One Drop of Blood

This title is due for release on May 15, 2006
We'll send you an email as soon as it is available!