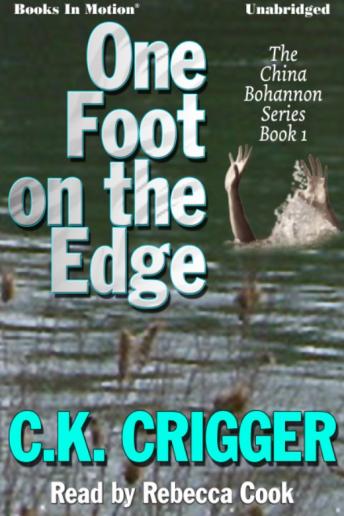 One Foot on the Edge

The gay 1890s aren't always. Gay that is. Sometimes life is dangerous, especially if you're next on someone's murder list. In 1896, there aren't many career choices for a young lady. China Bohannon has fled one bad situation, and is looking to start her life over as a strong, independent woman in the wild and woolly town of Spokane, Washington. Convincing Gratton Doyle to take her seriously as a bookkeeper is hard enough, and when it comes to working as an investigator in the Doyle & Howe Detective Agency, it's well-nigh impossible. But what if China is able to solve a murder case no one, including the police, wants to take on, that of a young girl found dead, her body thrown in the river? maybe Gratton will hire her then. But first, China has to avoid becoming the murderer's next victim.

One Foot on the Edge