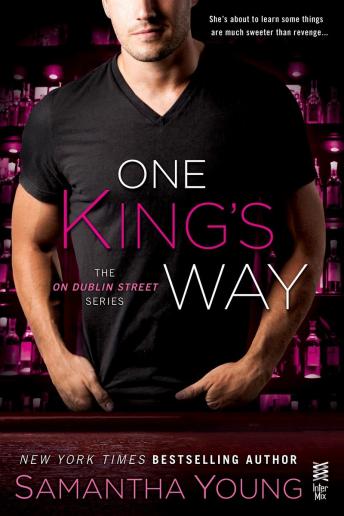 One King's Way: The On Dublin Street Series

The New York Times bestselling author of On Dublin Street returns to the bar where it all began with Braden and Joss for a white-hot new novella full of passion and drama.

When he’s not working at the club, Craig Lanaghan looks out for his mother and little sisters. So when it comes to women, all he wants is a good time. But once Rain Alexander walks into his life, there’s no denying that this woman could be worth much more than a one-night stand….

Rain’s lifelong regret is having left her sister Darcy alone years ago with a guardian who turned out to be abusive. So when Darcy’s boyfriend publicly humiliates her in a cruel way, Rain’s overprotective instincts kick in and she follows him to Club 39—where she meets a guy who just might be her perfect match.

The chemistry between Rain and Craig is explosive, but Rain is out for revenge, and refuses to be sidetracked by flirtation. As things between them heat up, she’ll have to make a heartbreaking choice between giving in to the man of her dreams or putting her sister’s happiness first….

Praise for the On Dublin Street series

“Young writes stories that stay with you long after you flip that last page.”—Under the Covers

One King's Way: The On Dublin Street Series