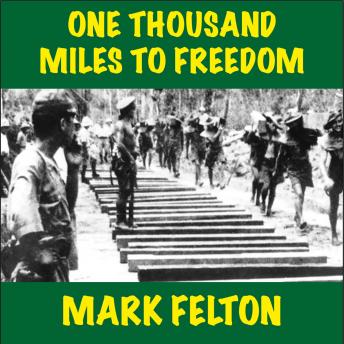 One Thousand Miles to Freedom

The thrilling true story of a British Army soldier who was determined to break free from Japanese captivity in World War II. Corporal Roy Pagani staged a daring escape from the Burma-Thailand Railway of Death, after already escaping twice from captivity, and set out to walk 1,000 miles to freedom in India through some of the most challenging landscape in the world. Along to way he endures great hardships, joins a guerrilla force, launches daring raids against the Japanese and faces betrayal and torture at every step. Can he make it to freedom where none have yet succeeded?

One Thousand Miles to Freedom