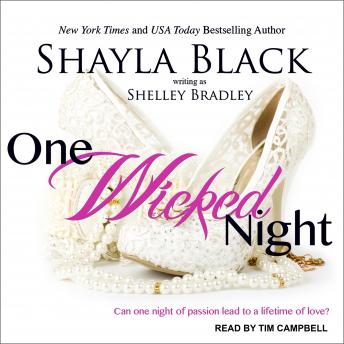 When Lady Serena Boyce's husband, the elderly Duke of Warrington, could not give her an heir, he begged her to take a lover in order to conceive a child. She never dreamed it would mean falling in love. One look at the handsome stranger who rescued her from a thief, and virginal Serena was overcome with desire. Dark and compelling, Lucien Clayborne, Marquess of Daneridge, was everything her honor warned her against. Yet the anguish in his soul drew her nearer . . . and before the night was through, she had gifted him with her innocence . . .

Then the duke was murdered, and Lucien discovered that Serena was pregnant. Still reeling from the death of his cherished daughter and enraged by his first wife's callous betrayals, Lucien's honor demanded that he make Serena his bride. But the rapture of their one night together had unlocked feelings he thought his heart had forgotten. And now, a chilling evil threatened their chance to claim a love that promised to last a lifetime.