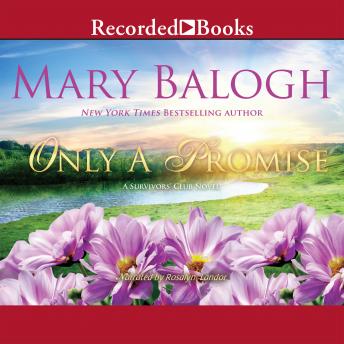 The new Survivor's Club novel from the New York Times bestselling author. The Survivors' Club: Six men and one woman, all wounded in the Napoleonic Wars, their friendship forged during their recovery at Penderris Hall in Cornwall. Now, for one of them, striking a most unusual bargain will change his life forever.. Ralph Stockwood prides himself on being a leader, but when he convinced his friends to fight in the Napoleonic Wars, he never envisioned being the sole survivor. Racked with guilt over their deaths, Ralph must move on...and find a wife so as to secure an heir to his family's title and fortune. Since her Seasons in London ended in disaster, Chloe Muirhead is resigned to spinsterhood. Driven by the need to escape her family, she takes refuge at the home of her mother's godmother, where she meets Ralph. He needs a wife. She wants a husband. So Chloe makes an outrageous suggestion: Strike a bargain and get married. One condition: Ralph has to promise that he will never take her back to London. But circumstances change. And to Ralph, it was only a promise.